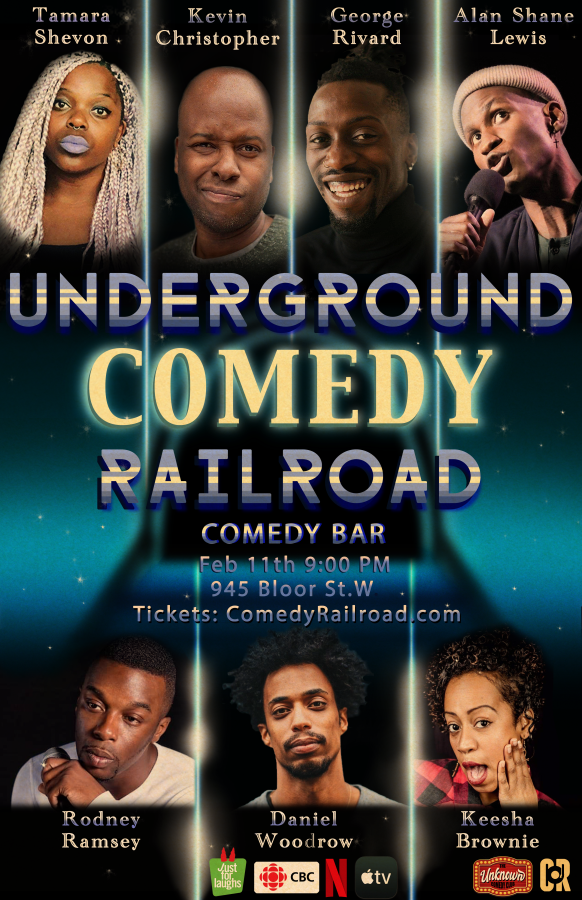 ‘The Underground Comedy Railroad’, February is celebrating the 11th anniversary of touring Canada in celebration of Black History Month.

The ‘Comedy Railroad’ tour group has been noted in the media for being the first ever All-Black Comedy Tour in Canada. The group travels from Halifax to B.C. bringing diverse perspectives to regions who have never experienced this kind of unique cultural event. The Underground Comedy Railroad Tour was created by Rodney Ramsey and Daniel Woodrow in 2012, creating opportunities to raise the voices of black Canadians and new audiences abroad. Every year a fresh line-up of comedians is selected for their hilarious and uniquely Canadian comedic perspectives on everything from race to everyday life.