All of Our Parents Are Asian Tickets 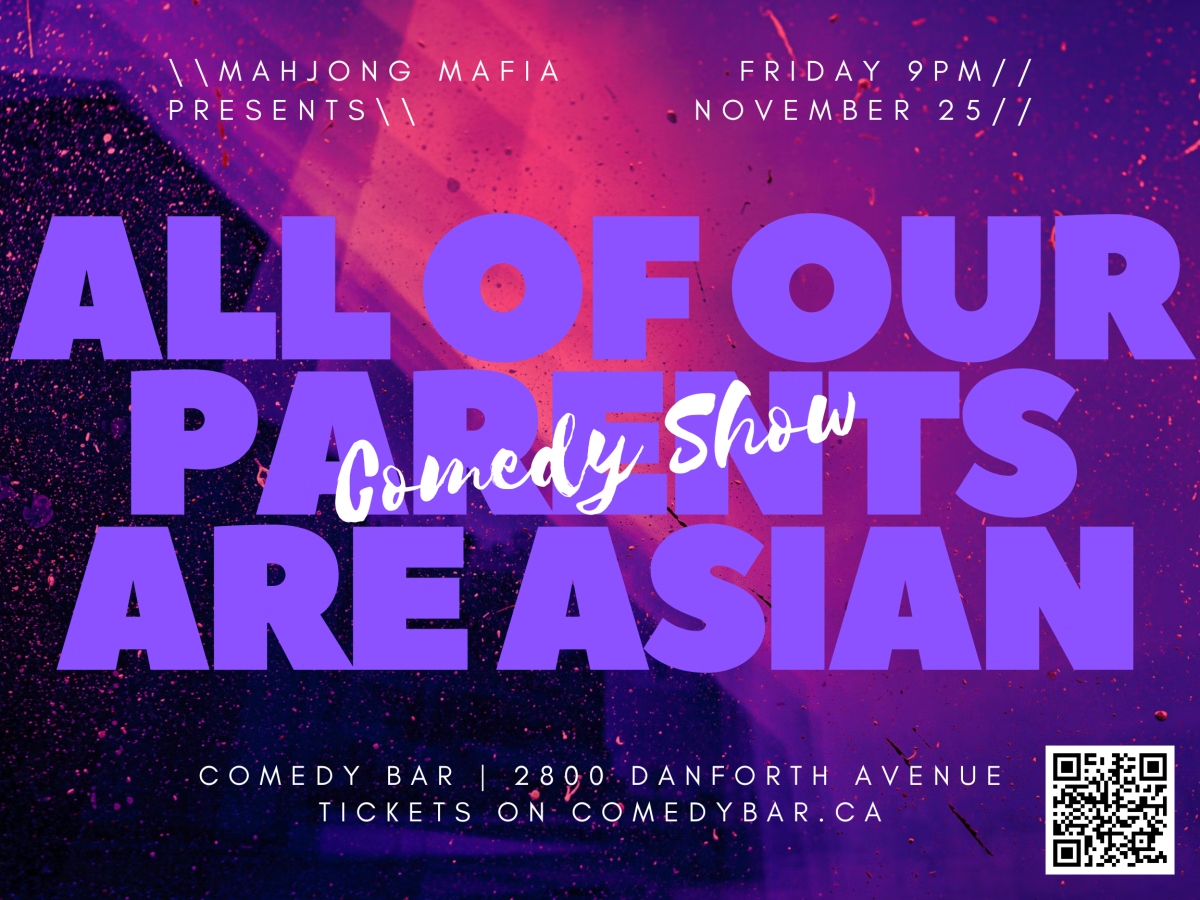 Mahjong Mafia are bringing the award-winning all-Filipina group, the Tita Collective, who recently won the Just For Laughs Award and runaway comedy hit show “All Of Our Parents Are Asian” featuring Affirmative (re)Action to one of the most legendary comedy theatres in Toronto! This show will sell out so get your tickets now!

The Tita Collective is an award winning all Filipina ensemble of multidisciplinary artists, composed of award-winning actors, comedians, singers, musicians, dancers, playwrights and creators, based in Toronto, Ontario, Canada. (www.titacollective.com)

Affirmative (re)Action is a Pan-Asian improv troupe from Toronto, Canada that consists of Second City Conservatory grads, commercial actors, podcasters, writers for The Beaverton, stand up comedians, and Canadian TV writers. Independently they have performed at multiple international improv festivals. You can also catch them at their hit show every month All of Us Are Asian and in Beer Beer Comedy Show! (@affirmativeimprov)