Anesti Danelis - This Show will Change your Life Tickets 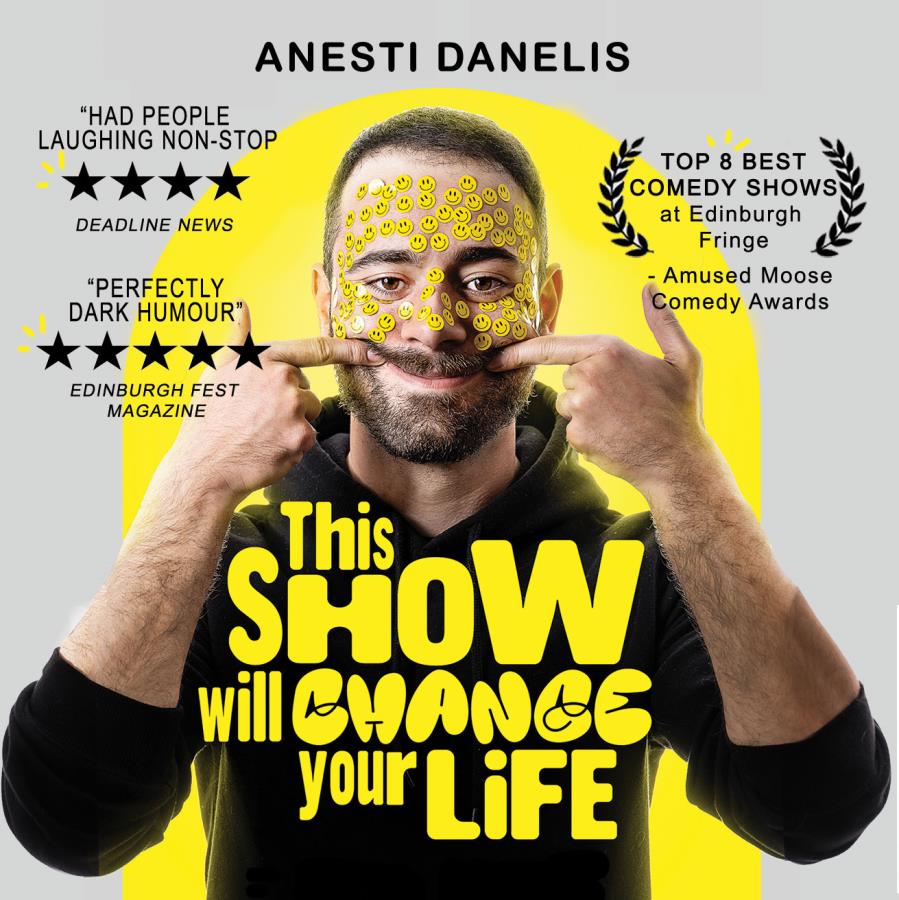 After a smash debut at the Toronto Fringe, and a critically acclaimed tour to Edinburgh’s Fringe, award winning musical comedian, and viral internet comedian, remounts his hit show at Comedy Bar East.

THIS SHOW WILL CHANGE YOUR LIFE is a musical comedy concert and stand-up show with catchy songs on guitar and piano about: stealing from work, living at home, mermaids with unsolicited advice, the dangers of toying with a bisexual man’s heart, alternative medicines, mental health breaks, signs your partner is cheating on you (they're wearing shoes, pants, and a shirt? who are they trying to impress?), and so much more!

As seen on CBC, Global TV, Winnipeg Comedy Festival, online with over 350,000 followers and over 130 million views of his comedic videos, and in his musical comedy special “Six Frets Under'' streaming worldwide on Next Up Comedy. His work has also been featured on Funny or Die, VICE, People Magazine, Daily Mail and more. You may also know him as the guy who busted out his guitar and sang-quit his Starbucks job in a video that went viral worldwide across almost every outlet 2019.

“Catchy tunes that had the audience howling... wildly inventive weirdness.”

“Musical comedian, Anesti Danelis, is an endearingly audacious guide through the self-help aisle of his hilariously twisted imagination”