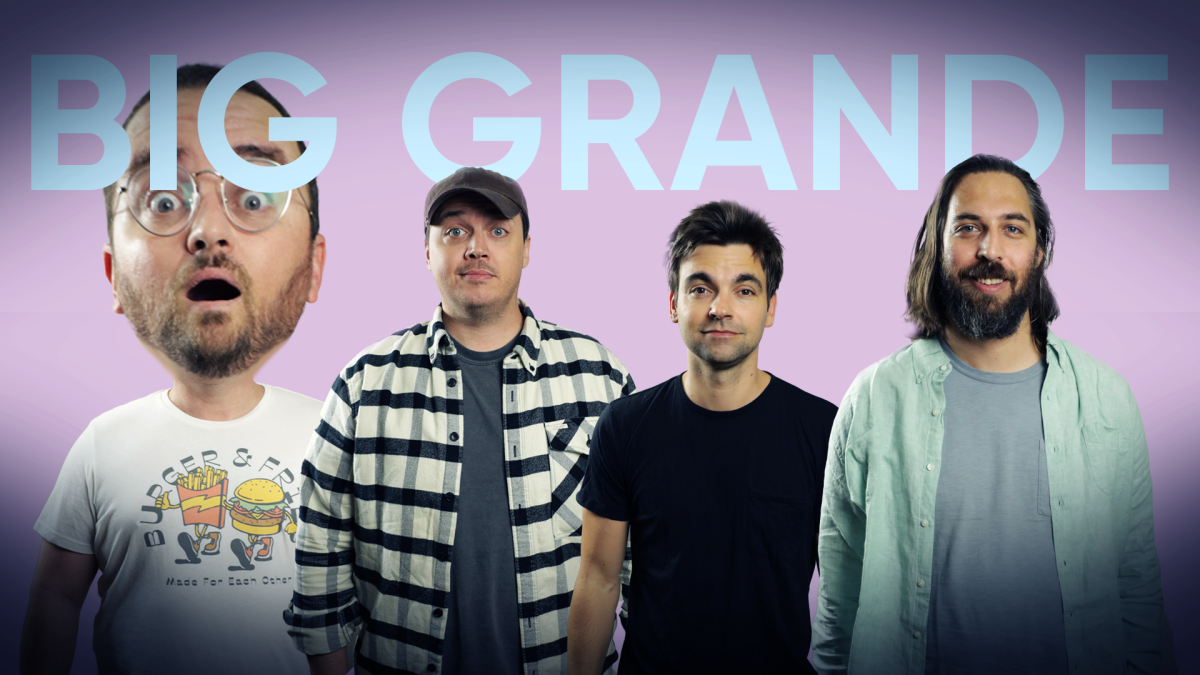 Big Grande has been bringing their brand of rapid, absurd, honest, and wild live shows to sold out crowds at the Upright Citizen’s Brigade Theatre in Los Angeles for over a decade. Using conversations with the audience, they’ll do a set of improvised scenes that will leave you laughing (hopefully) and them sweating (definitely).

Big Grande is Dan Lippert, Jon Mackey, Ryan Rosenberg, and Drew Tarver. Their podcast, The Teachers Lounge, gained a fervent following on The Earwolf Network before they began selling it directly to fans. You can find it, along with their four episode improvised comedy special filmed live, sketches, animated content, merch, and more at biggrandewebsite.com.

Individually, you’ve seen them on The Other Two, Brooklyn 99, Paranormal Activity: Next of Kin, Superstore, Comedy Bang Bang, Son of Zorn, Bless the Harts, Playing House, and of course, Last Call with Carson Daly - as well as behind the camera on Lights Out with David Spade and Netflix: After Party