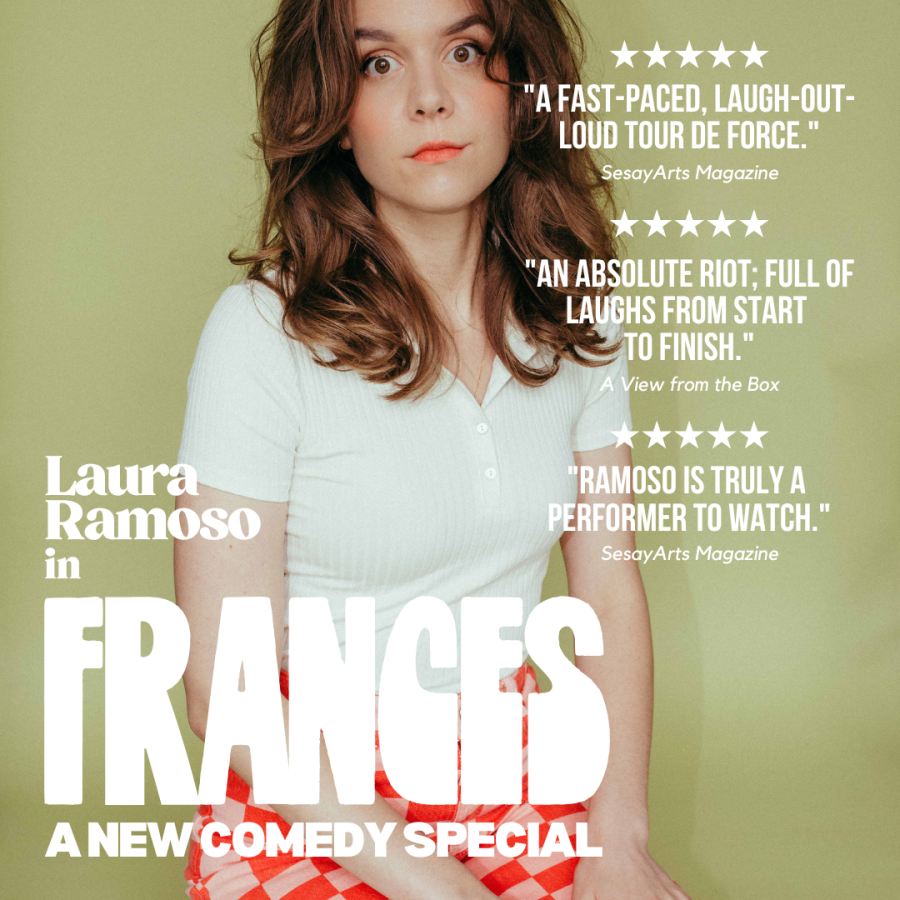 Following a sold-out Toronto premiere and tour through BC, and with over 475,000 followers across social media, decorated comedian Ramoso is so excited to bring back her sketch special in the city that started it all.

"An absolute riot; full of laughs from start to finish." - A View from the Box

Directed by Second City veteran Alastair Forbes, FRANCES takes Ramoso’s signature physical comedy, satire, mime and critically-acclaimed writing to the nth degree. The show follows Frances on her journey to meet up with her ex-boyfriend, Frank, who has asked her to “talk". As she makes her way through the city, audiences will encounter a variety of unforgettable characters and painfully relatable scenarios.

Do not miss this show - get your tickets before it sells out again!

Laura, originally from Italy and Germany, is a Toronto-based comedian best known for her award-winning sketch comedy specials and satirical online videos, for which she has now garnered over 475,000 followers across Instagram and TikTok. Notable credits include What We Do In The Shadows, and the San Francisco and Chicago Sketch Comedy Festivals. In 2020, her first special, DIANE, became the first solo-show ever to win the best of the Fest Award in the Toronto Sketch Comedy Festival's 15-year history. When she’s not working on FRANCES or recording her latest video, she also produces Laura & Friends, a raucous monthly improv show in Toronto featuring some of Canada’s hottest comedians.