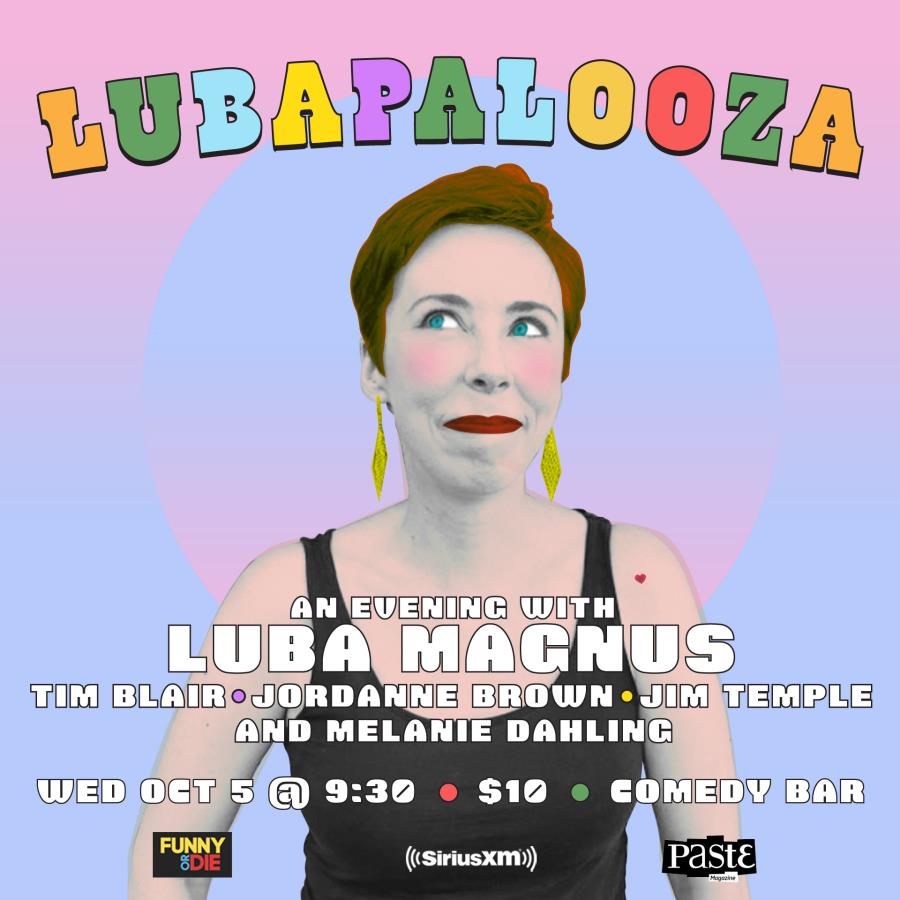 Luba Magnus is back in Toronto! She's bringing a new 20 minutes of comedy to the stage, accompanied by friends Tim Blair, Jordanne Brown, Jim Temple, and Melanie Dahling. This will be a fantastic and hilarious show that you don't want to miss before Luba heads back to her new home on the east coast!
About Luba:
Luba Magnus is one of the most unique stand-up acts you can find. She has toured across Canada, was selected to perform in the 2019 SiriusXM Top Comic Competition, and was nominated as a “Breakout Comic of the Year” at Toronto’s I Heart Jokes awards. Her debut stand-up album with Howl & Roar Records titled “Baba Luba” has received critical acclaim, and was reviewed as “playful and hilarious” by Paste Magazine. As a comedic animator/illustrator, her work has been seen on Funny or Die, CBC, and even Sesame Street. Often seen mixing her stand-up with music and drawings, Luba Magnus has a refreshing style that is sure to delight.