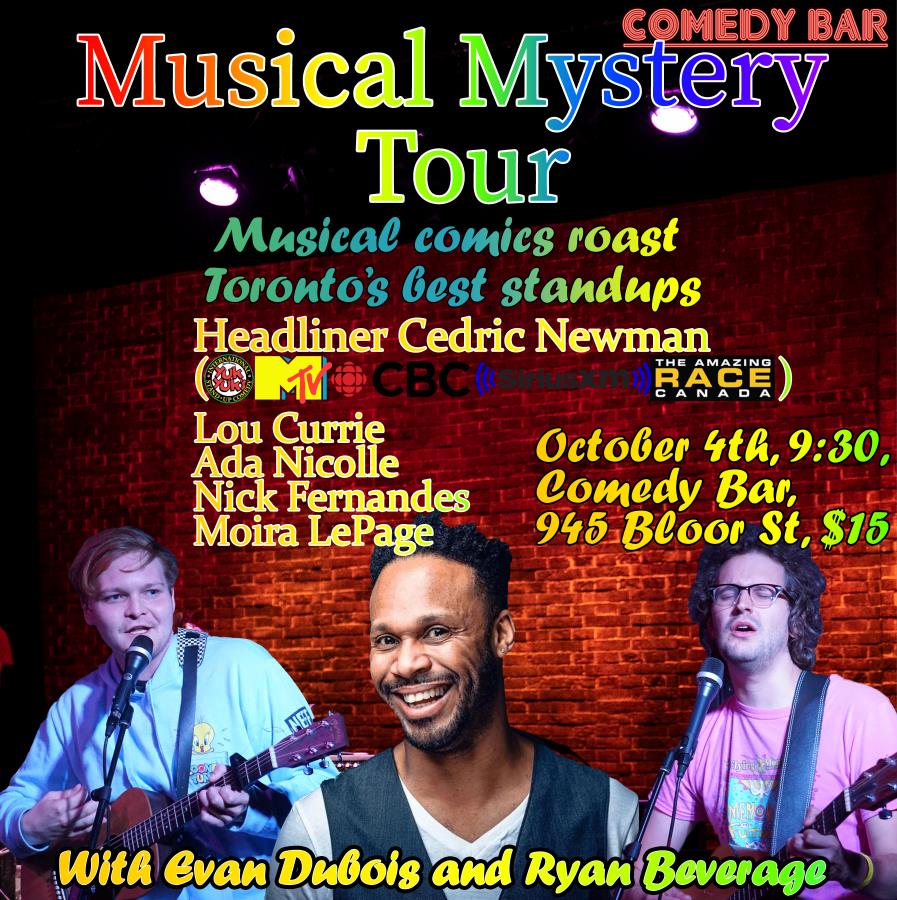 The Musical Mystery Tour is produced and hosted by musical comics Evan Dubois and Ryan Beverage!

This show will feature different stand-up comedians doing their best 7 minutes of material, and after each set Evan or Ryan will improvise a funny song based on the comics performance.

This show will be headlined by: Cedric Newman! (Yuk Yuks, CBC, The Amazing Race Canada, MTV)

*Evan Dubois is a 22 year old witty ginger with a guitar. With his mix of stories, observations and songs, there is always something for everyone! He recorded his debut comedy album with Cottage Comedy Digital this August at Comedy Bar, performs regularly at clubs like Yuk Yuks, and recently ran a Toronto Fringe show!*

*Ryan Beverage has produced three musical comedy-themed shows in Toronto called Treble Clef. He started in England, where he was part of the Soho Theatre group of young comics, before going on to perform at the Edinburgh Fringe comedy festival. He moved to Canada in 2019.*