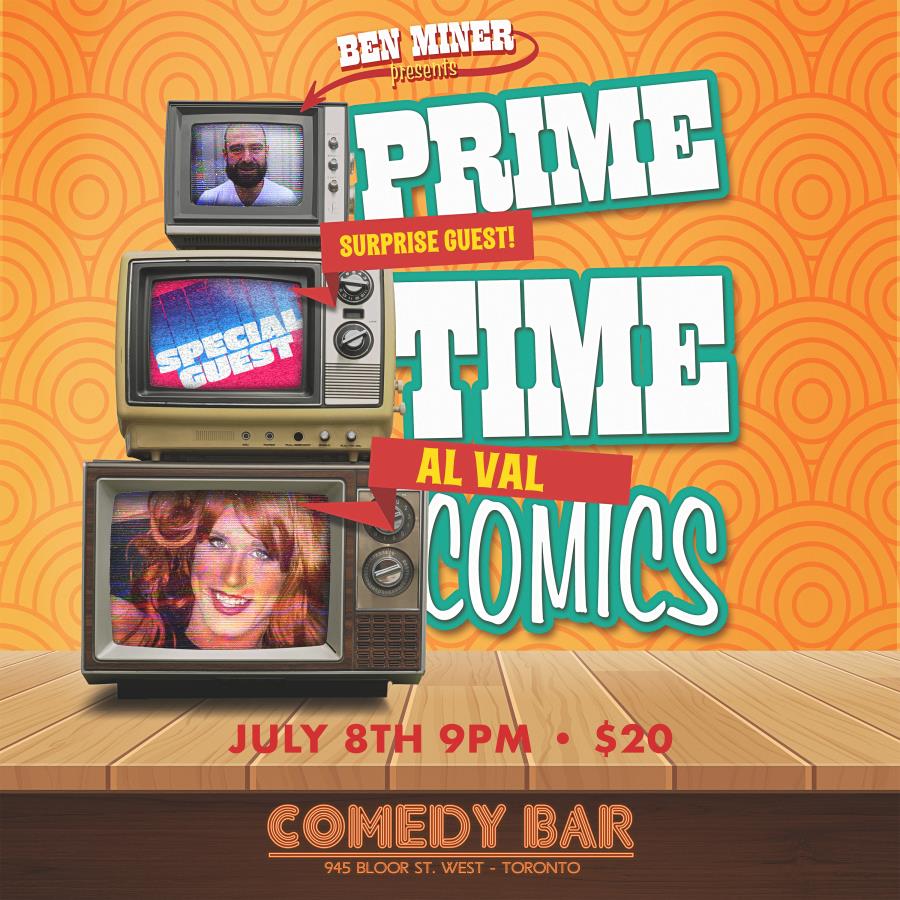 Prime Time Comics is the place where Ben takes it a step further and gives these future stars their first real full-length headline set. In a club. On a weekend. Prime Time. Oh, and the comic opening for them is a current killer headliner too.

Since coming out as transgender, Al Val has enjoyed nothing short of a meteoric rise in the Canadian comedy scene. Val has made appearances at Just For Laughs' "New Faces" Showcase, JFL NorthWest, Off-JFL/Zoofest, and has taped stand-up sets for CBC Gem, Crave TV, The Halifax Comedy Festival, and "JFL Originals". She has also recently finished filming season 3 of "Drag Heals" on OutTV. Host of her own weekly solo stream-of-consciousness podcast "PodGis", graduate of Second City's Conservatory Program, and one part of improv-rock musical duo "OverDude", there's no wonder this multitalented whirlwind was voted by her peers as 2020's "Breakout Comic of the Year" (in the 'male' category, no less - really stickin' it to the fellas!).

Between her boundlessly high energy, vulnerability and honesty regarding her transitional journey, clever, insightful perspective, and spontaneous, silly delivery, Al Val is surely a dynamic, exciting entertainer whose charm you will surely be unable to resist!