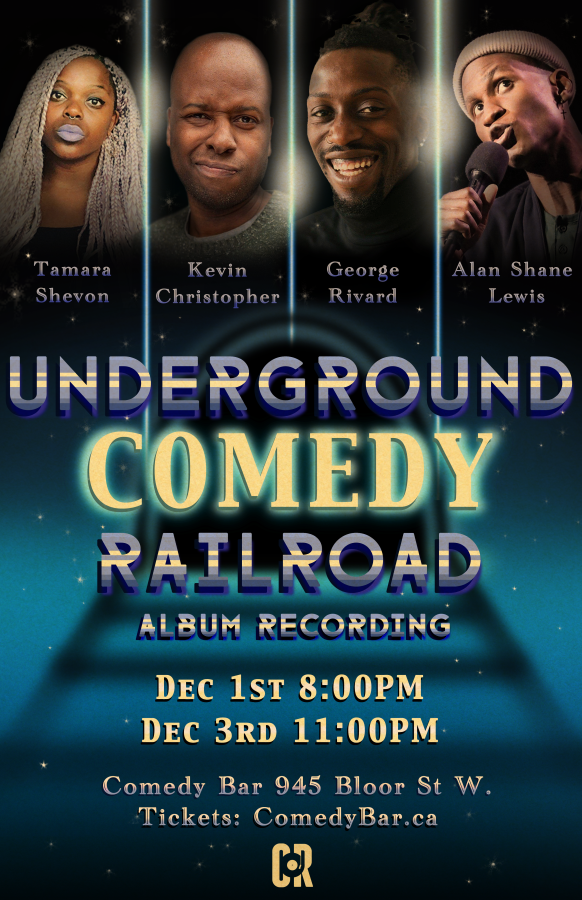 The Underground Comedy Railroad Tour is Canada's Premier all Black Comedy tour, which began in 2012. Join us Dec 1st & Dec 3rd as they gear up for another tour February 2023 with a new album recording, by Comedy Records.

Underground Comedy Railroad Vol 2: Will be the second album by the group, the first is available on all streaming platforms.