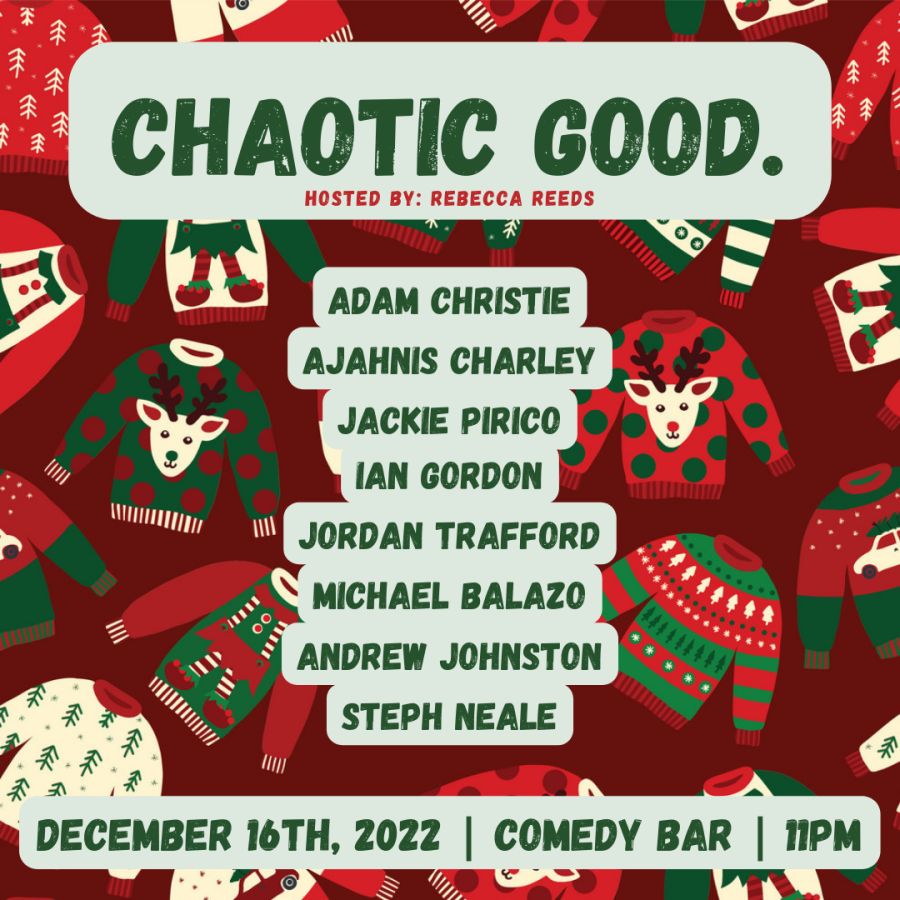 HOLIDAY COMEDY FOR THE CHAOTIC!

Chaotic Good is back this month with a lineup that will be the best gift you get this holiday season! We have 8 headliners doing their best 7 minutes on a show SO GOOD, it’s CHAOTIC! Since we are in the season of giving, a portion of proceeds from this show will be donated to Red Door Family Shelter and Dramaway (Arts programs for all abilities). So not only are you going to get the belly laughs you want but you’re also going to help others smile too by purchasing a ticket!

This show always sells out so get your tickets before they’re gone!