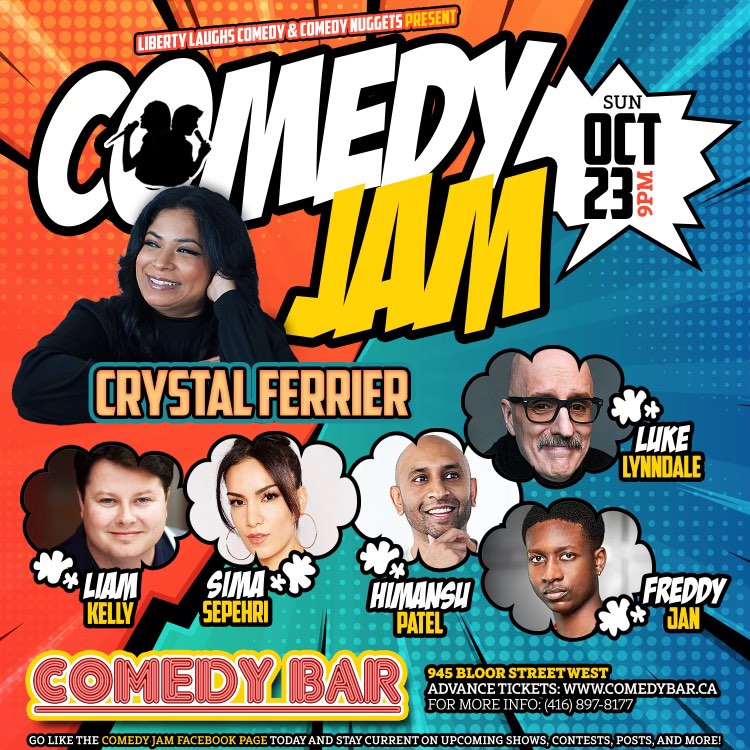 COMEDY JAM at COMEDY BAR returns Sunday October 23rd! Come get your laugh on at the hottest stand up comedy show in the city!