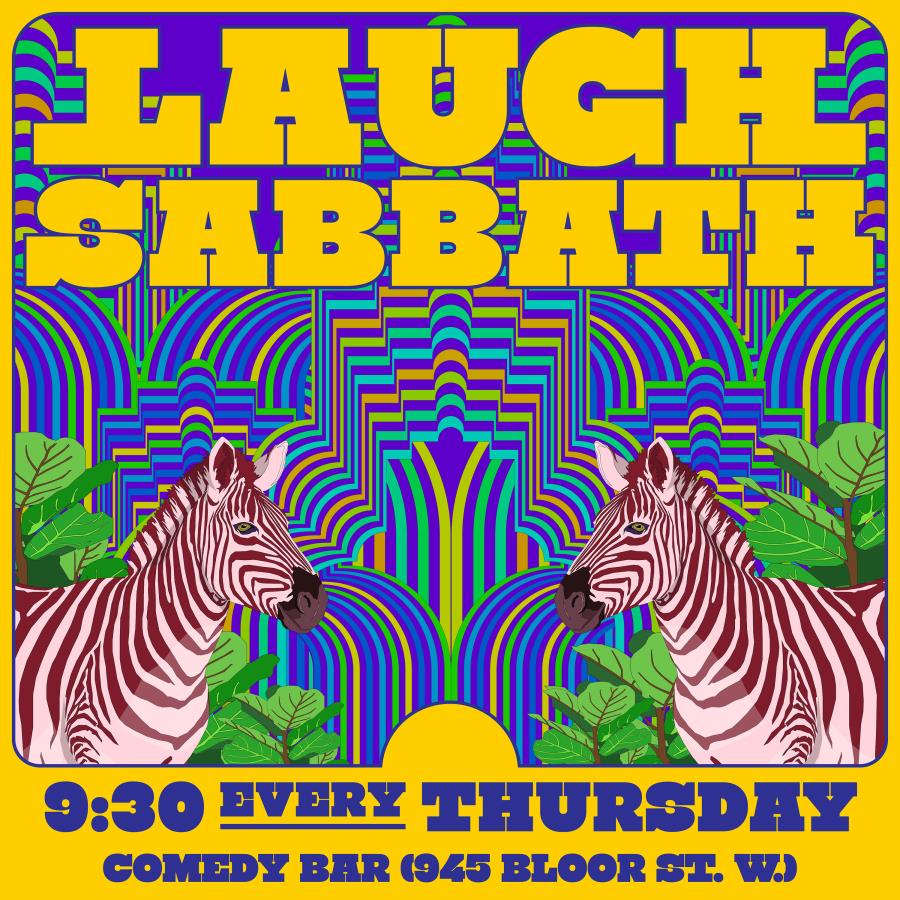 This beloved, long-running, madcap comedy show has been entertaining Toronto's top laughers since 2006!

LAUGH SABBATH is a different show every week featuring a rotating ensemble of radical and exciting comedians. Acclaimed by critics as one of the best comedy shows in the city and celebrated by fans as a cult favourite for over a decade. Come see where comedy legends are born!

Thursdays at 9:30pm in the Comedy Bar Cabaret.

Laugh Sabbath is a comedic force in Toronto and is recognized for showcasing some of the most creative and talented comedic minds in all of North America! Laugh Sabbath comedians appear at festivals across Canada and the U.S. Many have filmed their own comedy specials at Just For Laughs and headlined their own shows at JFL42. They continue to rack up countless awards and nominations for writing and performing and have been featured on CRAVE, CBC, CTV, The Comedy Network, MUCH, MTV Canada, VICE, YTV, FNTSY, IFC, Game TV and HBO Canada.

"...the best of the city's young standup and sketch comedians." - THE NATIONAL POST

"... a gathering spot for other comics and crowds with a taste for the unusual. A scan of the audience shows a who's who of Toronto's comedy underground."- THE GLOBE & MAIL

"... everyone on this weekly variety show killed..." - NOW MAGAZINE

"Laugh Sabbath is an inspiration to the whole scene." - THE TORONTOIST

"A new era of comedy taking root in the city." - TORONTO STAR