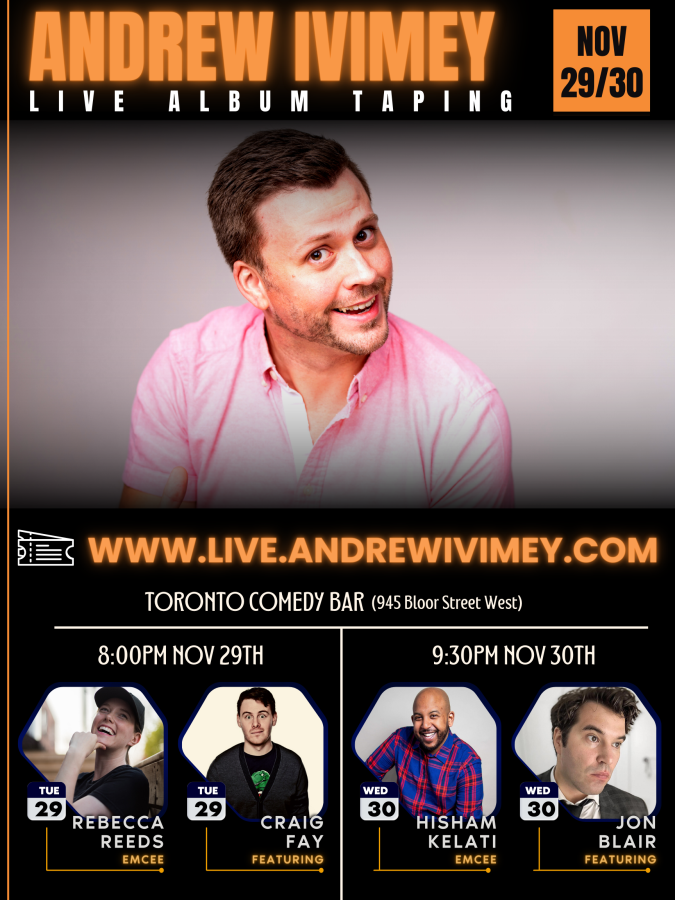 Be part of the exclusive live taping for Andrew Ivimey's sophomore comedy album.

Andrew is an acclaimed comedian, podcaster, and the creator of the web phenomena The From Superheroes Network where his award winning comedy is viewed by millions. His stand-up comedy has been performed at Just For Laughs, The Second City, NXNE, Edmonton Comedy Festival, JFL42, and his debut album Casual Screams can be heard nationally on Sirius XM radio and listened to wherever music is sold/streamed.