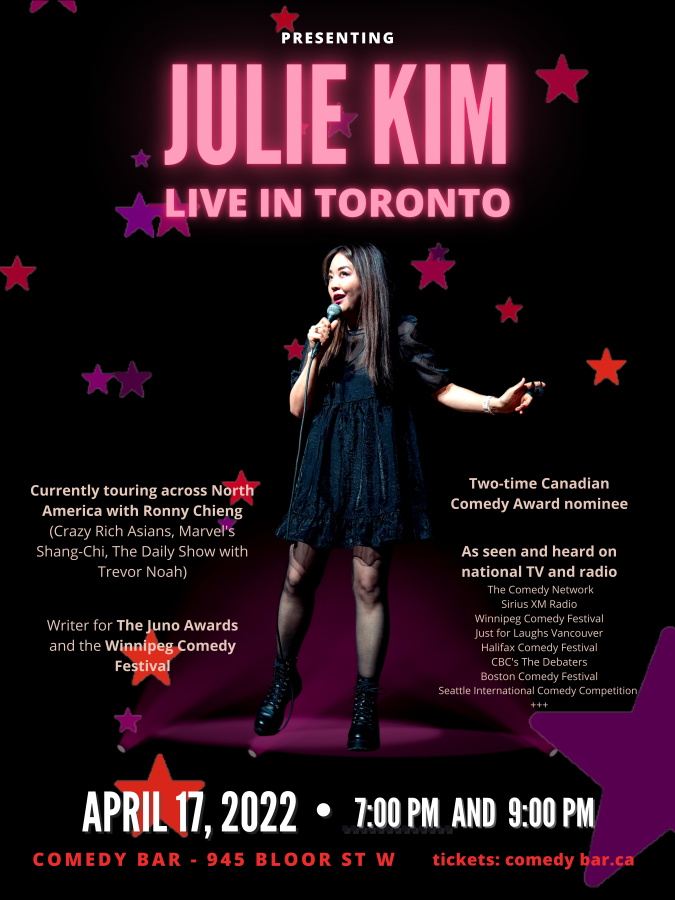 Julie Kim is a stand-up comedian who has been featured on national television and radio multiple times (the Winnipeg Comedy Festival, Just for Laughs Vancouver, the Halifax Comedy Festival, and much more). Julie's been a writer and performer for The Debaters, Laugh out Loud, and even a bit of CBC's hit show Kim's Convenience. Her comedy credits are among the best in the country.

Julie is currently touring across the United States with Ronny Chieng (The Daily Show with Trevor Noah, Crazy Rich Asians, Marvel’s Shang-Chi and the Legend of the Ten Rings). In 2018 she released her debut comedy album with 800 Pound Gorilla Records and was discovered by fans worldwide as her comedy videos amassed over 20 million views online. Julie's mission is to spread happiness, lighten hearts, and unite through laughter.